Arrival of my girls

On the 21st September 2008, I picked up my girls from a breeder in West London. They are both opalines. Atilla is a grey-green yellow face and Raspy is sky blue yellow face type 2.

They were in a separate cage in the birdroom.  I was shown how to hold them. Atilla drew blood! (Sign of things to come.) They pooped on my hand and on my boot. (Another sign of things to come!)  On the drive home, they sat quietly on the back seat, with the occasional tweet. On arriving at their new home, there were a few cheeps whilst I moved them off the back seat of the car.  Once in their big cage, they were quiet and hardly moved but I gave them time to settle.  Within a few days they were exploring and becoming the Atilla and Raspy I know so well today. 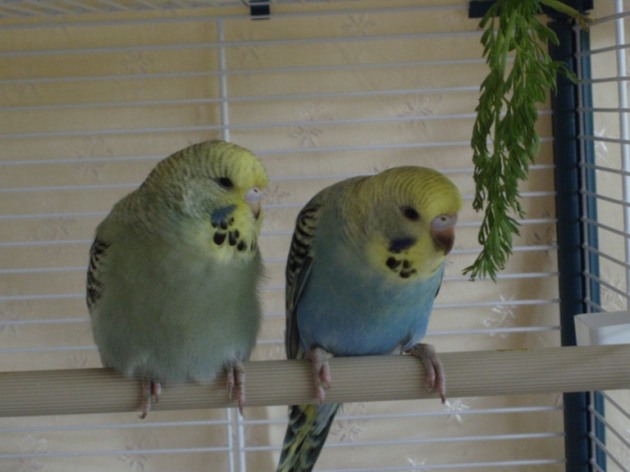 Atilla & Raspy on day two in their new home