Return to the travel cage

3 Comments Posted by onesweetiepea on 26 November 2013

Following on from my previous post on Thomas & his health problems, there was initially no change.  However, by the time I spoke to Mr EV again, on the 20th, Thomas’s breathing started to look laboured, particularly when he tried to be more active.  It seemed that Mr EV felt another medication was necessary but had trouble sourcing it.  He was going to a conference & promised he would find out about this & let me know the situation on the 22nd.

Return from vet after syringing

Over that weekend, Thomas’s breathing got more heavy, even when he was not doing anything.  A visit to Mr EV was booked for Monday 25th.

So yesterday, Thomas was back again in the travel cage.  I bundled him up, with a heat pack in the bottom, & whisked him off to Mr EV.  He was once again examined & Mr EV confirmed he was wheezing.  He agreed with me that it appeared Thomas had lost a little weight (he felt lighter to me when I grabbed him to put him in the travel cage).  He confirmed again that there was no lump in the vent area, although it was still swollen.

The good news (hopefully) is that Mr EV had managed to get hold of the medication: Ornicure Doxycycline.  It is powder to be dissolved in drinking water.  The sachets have a picture of a pigeon on the front; it is typically for racing pigeons & cage birds.

So, Thomas was bundled up again & rushed home to warmth & familiarity.  He was still covered over as I carried him back into the lounge & he started chirping as he heard the others & they responded to him.   No doubt they were asking, “Where ya bin, mate?”  And no doubt Thomas responded that he had been to hell & back…

He was placed back on the coffee table, & unwrapped.  I needed to sort out his medication.  The sooner he starts drinking it the sooner we will know if it is going to help….

I went into the kitchen to start measuring 1/3 of the sachet & 250mls of water.  On my return, as I glanced at Thomas’s cage, I could not see him!  Had he escaped?  END_OF_DOCUMENT_TOKEN_TO_BE_REPLACED 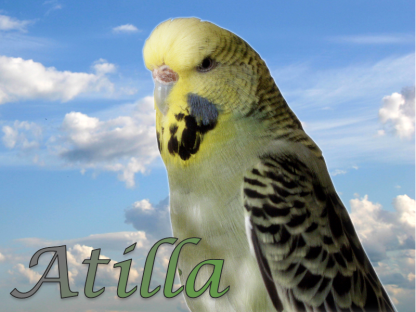