3 Comments Posted by onesweetiepea on 30 January 2014

We are still reeling from the loss of Thomas.  After my last post on Thomas & his health problems, various things were going on in the background.

In writing this post it has turned into a clinical list of events.  That is partly my intention as I feel the need to log our efforts to help Thomas:

Despite the obvious need to medicate to improve Thomas’s condition, his general well-being was also high priority.

Some days Thomas did not want to come out of his cage.  I got into the routine of letting Phineas out early to give Thomas more time on his own & not worry about getting in Phinny’s way or having to assert himself over a seed pot (they both preferred the same one). I would often use these times to sneakily offer millet through the bars (to avoid having the others gorge on it).  As he was so weak, we felt it was important to make sure he ate (even millet) to keep his energy levels up.

Other days, Thomas really wanted to come out.  I could not deny him time with the others, even when he was very lethargic.  I was extra vigilant at those times.  Cagney & Bezukhov were sympathetic to his condition but Phineas seemed oblivious.  If Thomas was in the way & snoozing, Cagney would gently nudge his tail so he could tiptoe past.  Phineas would just barge past.

When Thomas was out, I made sure beetroot stalks were available at the Manor.  After a nap, he would seek out the beetroot stalk.  I started offering him seed as it was a long way down to Cagney & Bezukhov’s seed pot.  He would eat out the little seed pot (bottom of a fountain feeder), then chew the beetroot, then have a few seeds.  It was interesting how much he seemed to need the beetroot.

I think the benefits of interaction with the rest of the flock, when poorly, cannot be underestimated (assuming under supervision).  I feel that Thomas took comfort at those times being in the middle of the flock, being “normal” & belonging.

3 responses to “The last two weeks” 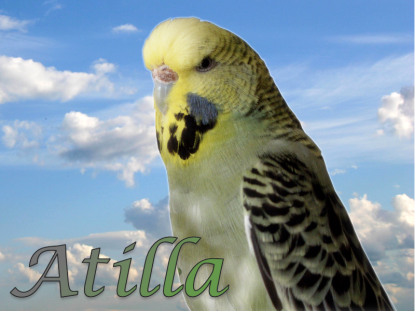