At long last, I have completed the final resting place for Thomas.

Previously I had reported that the inner cover was finished.  I also mentioned the difficulty I had in completing this housing for Thomas’s remains.  For some reason, it has taken me ages to make decisions on what fabric to use, what colours, what design & what photos.  I suspect the long drawn out agonising was due in part to Thomas being with us for such a short time; we only touched the surface of his personality before his health problems took over.

This was also an ideal opportunity for me to give him a permanent tribute that shows his short time here did not lessen his importance to us.  I did not want to get that wrong, hence, I think, the long time it took to finally complete the work.

My rough designs have been hanging about for some time & I guess it was inevitable someone would use them for target practice (naming no names… Phineas):

As with Raspy’s pillow & Atilla’s pillow, I have a different design on the two sides.  I wanted one side to be a vibrant blue as Thomas was a striking colour.  The other side reflects on the softer shades of blue that he had. 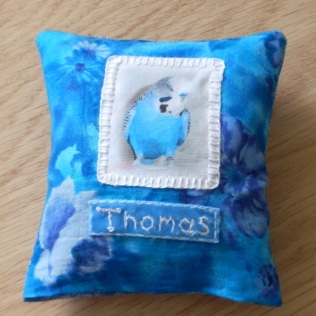 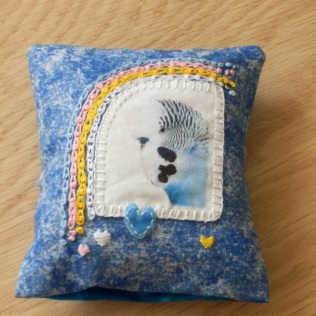 Thomas also had a leg ring.  I have attached this to the inside on some velvet ribbon:

I like to think that young Thomas is with Atilla & Raspy, even though they never met in real life. 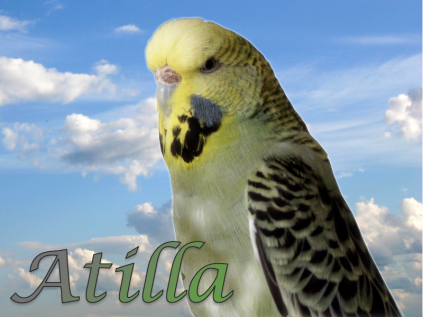 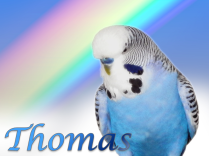 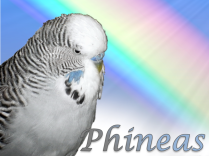