Raspy is Atilla’s younger sister (by 2 days). Raspy can give as good as she gets so is not far behind her sister in the leadership stakes. Both Atilla and Raspy are part pet, part exhibition birds.

Raspy Bella is a real live-wire. She demonstrated “floozy” tendencies quite early on with her swing and then extended this behaviour to her mirror and the perch…. (Atilla usually looks on in disgust whilst I am sighing “I can’t take her anywhere….”). But what the hell, Raspy is a GOOD-TIME gal and has fun!

Unlike Atilla, Raspy has a very short attention span. She will take a few bites of food then changes perch, hits a toy, has a flirt with an object, then has another few bites…. I think she gets frustrated with Atilla sometimes when Atilla wants to rest and she wants to play, play, play!

The addition of the toy boys to the flock has been most welcome by her and she has wasted no time getting acquainted with them. 🙂 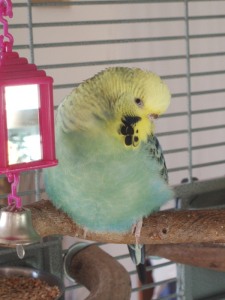 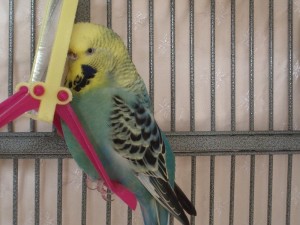 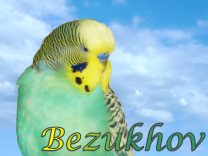