The Poop is back

4 Comments Posted by onesweetiepea on 13 January 2012

A little while ago, I reported that Atilla was pooping in the seed pot.  When a poop was due, she would go to the opposite side of the cage & poop from the Alan swing.  Because of the swinging motion, the poop often ended up slap bang in the middle of the seed pot.

This did not happen for awhile as Atilla was suffering from an infection & then a heavy moult.  Pooping in the seed pot from the Alan swing was clearly very low down on her list of priorities.

Now Atilla’s infection has cleared & the moult is over, she is back to pooping from the Alan swing again.  This time, there is no seed pot for her to poop in. This did not put her off, she carried on anyway, & would leave poop on the ring the seed pot sits in & also all down the cage bars….

One day, she also managed to poop in the small seed pot.  That looks pretty impossible to do from the Alan swing, unless she managed to get a spin on her poop…..

4 responses to “The Poop is back” 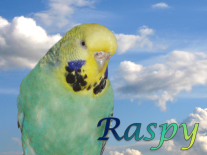